↓ Zum zentralen Inhalt
Home › english/">english › we cook, you eat – for a good cause

we cook, you eat – for a good cause 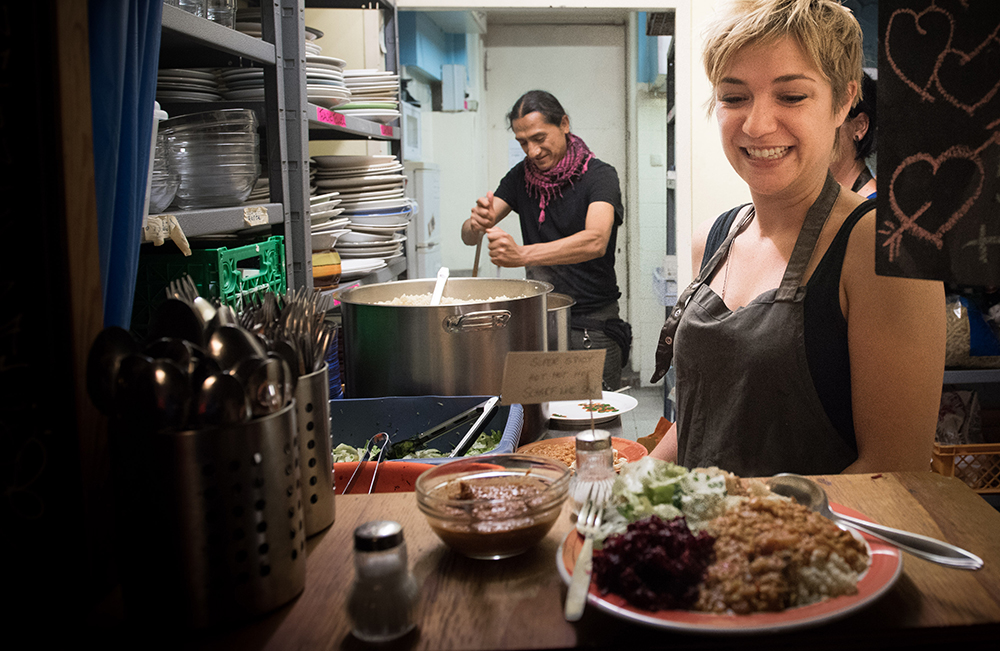 Since more than a year we are very happy that B-Lage in Berlin Neukölln offers us the possibility to collect funds for our project. The idea behind the KÜFA is simple: we cook, you eat – for a good cause!

The last months this money enabled us to bring medical donations, winter cloths, toys and also some baby food into Syria and help people as good as we could in areas, where it was difficult to get any help at all. Unfortunately things changed, went from bad to worse and we had to decide, that we can’t bring another aid transport into Syria. The risk for those of us, who bring the goods to the border is too high, as is the uncertainty of the success: Who will really get the aid at the end? Who might profit in a way that we don’t intend?

Nevertheless we want to continue helping Syrians in need with your assistence. Therefore we will support action groups and even individuals, trying to find an efficient way to help people, who don’t have any access to other aid on one hand, to turn people’s attention here in Berlin to needs, that are not covered by European media, on the other hand. 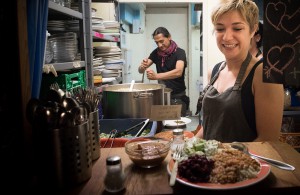 Since March 2015 Syrian refugees can find help and asssistance in Berlin Wedding. The newly founded organisation “Salam” helps with translations, bureaucratic procedures and paperwork, appointments with authorities, apartment search and some basic, free German classes. “Salam” is not only for Syrians, it is also organised by Syrian refugees. Houssam Al Deen, a Syrian journalist, is one of the founders and is putting every free minute and all his energy in this organisation: “Most of all we want to support each other. This is the only way to survive after all, that we went through!” We want to support this work and donate what you gave us in April.

Furthermore we want to turn your attention to the miserable situation of Syrian refugees outside of Europe, for example in Lebanon. Read here about the lives of two women:

Heba is only 33 years old, but does not share life, dreams or interests of a 33 year old woman. In Syria she was a successful TV script author, now she struggles for small jobs to get by. Since her husband was arrested for his political belief, her life has taken a completely different course. He was tortured to death in a governmental prison and has left her alone with two children – being on the run since then.
Two years later she finds herself living in a small underground apartment with her two children in Ashrafieh, a neighborhood in Beirut. Life is not merciful with her. She struggles to work small jobs that even can not cover a part of her rent. At least she manages to keep her two children off the street. Karam is 8 years old and has not been to school for the past two years. His sister, Suaad, is 5 years old and never went to school. School is expensive in Lebanon. Heba would like to worry about her children’s future, but first she needs to worry about how she is going to pay their rent and food.

Nabila was an Arabic teacher in Sueda. Her life is not the one of a common teacher. After the start of the war she was kidnapped together with 12 nuns by an Islamist group. She was released 6 months later and had no other chance than to leave her country.
She is a widow and has no children. She now lives in Beirut, a very expensive city, where she faces difficulty and discrimination being a refugee. She has no steady income and does not know how to pay the rent of her tiny basement room. Whenever she can, she works as a cleaner. Sometimes she can do some editing work, for which she is incredibly underpaid.

These are only examples and we picked these two knowing, that there are so many others, who also need support. Nevertheless every drop will make a small difference and we know, that both women can’t get any other support. Therefore we donate the money, that you have given us in May and will give us today, June 10th. Come to B-Lage Neukölln, Berlin and enjoy delicious Arabic vegan food with us – for a good cause once again!