How oppression works in Syria 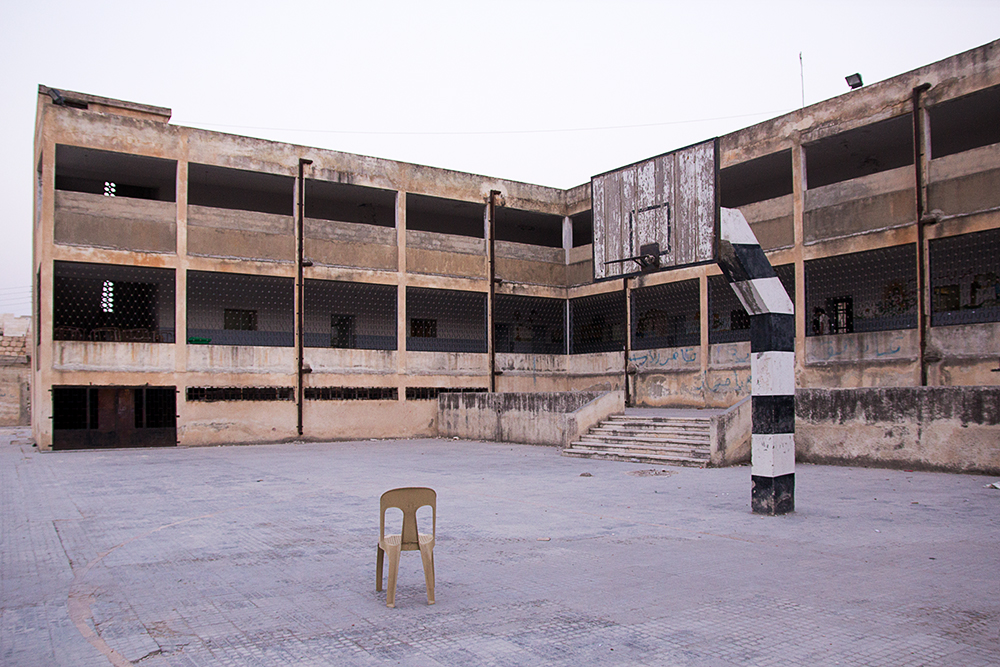 When the revolution started in March 2011 it was the moment people decided to stand up against a political system that is oppressing the majority of Syrian people. What does it mean to live in an oppressive state? Get some glimpses in what kind of situations you might find yourself practicing the freedom of speech or just don’t arrange yourself with the establishment. We abbreviated the names for security reasons.

D. I. is in his 40ies, a famous writer in Damascus who published novels and screenplays. He also worked in the theater library in Damascus since years and is active as a journalist. Handicapped since his childhood he managed his physical life with the help of a wheelchair. When the revolution started he also was supporting the movement in sharing his thoughts about freedom and democracy on Facebook. After a while the secret service sent him a text message on his mobile and threatened Daher, trying to force him not to publish anything anymore. But D. would not back down. He published the threat itself on Facebook and made clear that he is not afraid and that he will continue his work. The police came shortly afterwards and took him. With his wheelchair. He was brought to the prison in Dumar, Damascus. Since then nothing was heard of him.

D. I.’s cousin M. N. A. also was a writer. He published several books about Islam, Christianity and Judaism. He used to live a modest life with his wife and three young kids. When the revolution took off he often published his opinion on Facebook. It didn’t take much time until he was put in jail for that. Other inmates testified that he was beaten every day. After two months he died. When the family asked for his corpse they were simply sent away, no explanation, just threats.

His brother O. works as a hairdresser. When he went shopping for dinner with his son, they got shot at by snipers. Fortunately both survived.

His brother S., being in his 60ies, also published his thoughts about freedom on Facebook. Coming back after one month of torture in jail, he was partly paralyzed. One of his sons also was put in jail six months ago. Since then the family has not got any news or the smallest information of how and where their son might be.

It can hit everybody

But it’s not only the intellectual elite that is oppressed, it can hit everybody: Family A. lives in Damascus as well. D. A. is imprisoned since eight months for only one reason: he was attending a demonstration. The family has not got any information since that day. Sometimes they get news from former inmates returning from jail. They report that he is very sick by now and that he gets beaten heavily every day.

S. A. is D.’s 17 years old nephew. He is epileptic and was caught at a demonstration as well. Since more than two months he is in prison now. When his father wanted to bring him his pills for his seizure disorder into prison, he was threatened by the officials there. After throwing the pills in the trash the officer told him that if he would come back once more, he would join his son in prison.
It’s prison number 250 in Damascus, an army prison known for the fact that nobody leaves it alive normally. At least not until the imprisoned declares that he is a terrorist who built and used bombs and was paid by foreign powers. Documents like these find their way to the UN, used by Assad to demonstrate that the regime is merely fighting international terrorism, a ridiculous excuse used by the regime since almost two years.

An oppressive regime like Assad’s in Syria needs supporters

Three members of one and the same family are imprisoned without even being active in any way in the opposition: H.K., his 50 years old son M.K. and his brother S.K..

They did not participate on any demonstration, but have problems with another neighbouring family since years. That family instrumentalized the systematical state oppression for revenge: after blackening family K. at the police and claiming that family K. was organizing several demonstrations against the regime, the three family members were arrested without any further investigation from police. This happened ten months ago, nothing was heard of them afterwards. The denouncing family still lives in the same street.

An oppressive regime like Assad’s in Syria needs supporters like this family, people who not only approvingly accept to betray others, but even make a living from it. The secret police with all their different departments and its fame of brutality threatens citizens. But after all also the secret police needs the first hand information of spies among the citizens to work efficiently. Every street has two or three persons doing this job for the regime. They are writing on a daily basis about their neighbours, sometimes even family members, earning around 1000 Syrian pounds for every report they deliver.

All these stories are just examples. In fact every Syrian can tell them with different names but describing the same patterns. To end this system of oppression, despotism and abusiveness is what the Syrian revolution is fighting for. It’s necessary to discuss the means of this struggle, but the goal is very clear: Assad, get out of Syria!