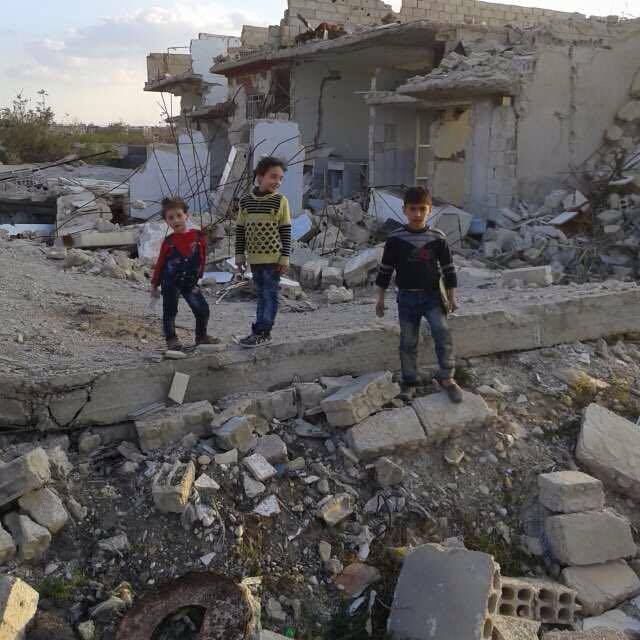 It’s been two years, since we first cooked for you as one of the KÜFA groups at B-Lage in Berlin Neukölln. Every second Wednesday of the month we offer delicious Arabic vegan food, financing with your donations our projects and causes. We want to use this two year anniversary to bring you up-to-date, give you some examples of what we are doing in the moment and to thank you for your support.

We organized two convoys with medical supplies, clothes and toys, that we took to the Syrian war zone in 2014 and again in 2015. For security reasons we are now concentrating on other ways to help. Together with many others we were supplying refugees on the balkan route with food in the late summer of 2015 for example. We also helped funding another group on the Greek islands, which was organizing the onward journey of refugee children to their relatives, after they had became orphans on their dangerous travel across the Mediterranean Sea. Additionally we put a focus on financially supporting Syrian families who are in a precarious situation and are stuck in Syria itself or one of its neighboring countries.

With the earnings of the last cooking events, the so called KÜFA (“Küche für alle” meaning “cooking for everybody”) we supported two families. We want to introduce them here to you.

Surviving in the ruins of Ghoutas 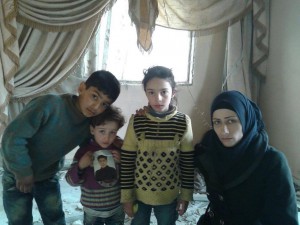 Family K. comes from Ghouta, Damascus, Syria. Ghouta became famous for the chemical attack in August 2013, which killed more than 1500 people. The situation of the survivors was and still is difficult in Ghouta, as the state army of Bashar al-Assad is blockading the whole area and systematically cutting off the inhabitants of food supplies and medical care.

Family K. survived the attack, but the father is still suffering from the after effects. Due the lack of medical treatment and fearing for his life fir this reason, he took the risk and travelled to Germany, hoping to find a proper treatment here. He has been diagnosed with severe kidney damage as a consequence of the sarin attack.
He has been living in Berlin for six months now, accommodated in an refuge, a so called “Heim”, but needs to stay in the hospital every now and then due to his kidneys. Still lacking a cure he also suffers from not having the correct diet: The “Heim” does not help him in respect to his dietary needs, while he can’t afford this food with the 109 Euro he gets monthly as a refugee. 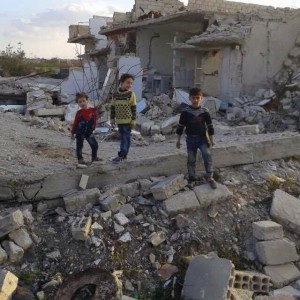 So he is struggling with his life in Berlin, searching for another place to stay, a cheap flat or a room, where he can cook the proper food for himself. He also hopes to find a job as a florist soon, the profession he used to earn his money with back in Damascus the years before war started. Speaking about his pre war life his eyes start to shine and his face comes to life.

Reality brings him back quickly: Even finding solutions for this and that, his family, his wife with three small kids, is still stuck in Ghouta. Due to the new German asylum policy (Asylpaket II), which does not allow family members anymore to reunite in Germany once one member has a legal status here, the possibility to live with his family seems so far away. It is still not only very expensive but also very difficult to get food in Ghouta. Everyday life there means a life in ruins, a life in permanent danger of bombs, shells and other attacks. And the fear of not being able to pay the next rent anymore, to loose even the last bit of a shelter. 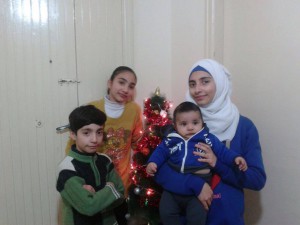 Family M. has fled from Syria and found a small inexpensive flat in Lebanon: 490$ is the monthly rent. Lebanon is a very expensive country, even more so as a Syrian refugee without income. Just weeks ago the family was hoping that now things would improve. Unfortunately things turned out differently.

The father of the family has been missing a long time in Aleppo, where he was
marooned without being able to contact his family who had fled by that time. By chance and incredible luck they did all meet up again in Lebanon where he even found a job and was able to pay the rent and food for his family. The 14 years old daughter is the pride of the family, as she is one of the best in her school despite of all the adversities of war and escape.

But then sadly the father was the victim of a car accident. He now needs intense care, he can’t work at all. Overnight the family became penniless again, with the fear of being made homeless.

These are only two of hundreds of thousands stories. Nevertheless we want to allow these people to have a small amount of relief and to give some hope and to show the people that we do care about their lives and their suffering.