A History of Syria 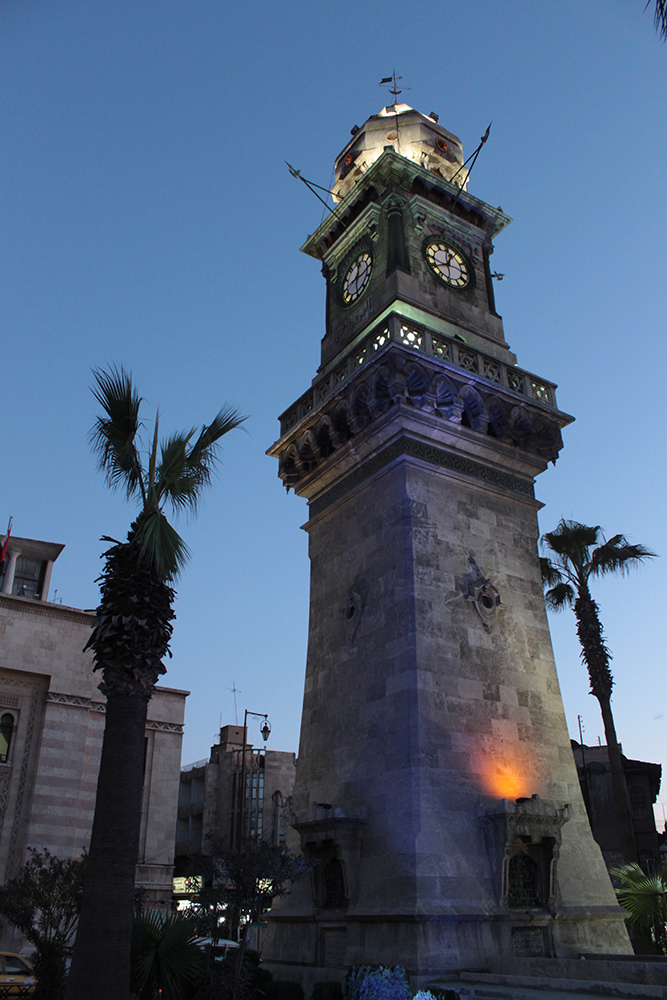 This very brief account of the long and eventful history of Syria should serve to clarify and to develop a better understanding of the country’s origins.

Ancient Syria was included under the heading “The countries of Syria” (bilad al-sham), the geographic area between the Taurus Mountains and the Sinai. As early as 10 000 BCE, the area around Damascus was already a densely populated settlement for its time.  Early on, city-states and small kingdoms blossomed culturally through contact with large neighboring kingdoms. The area was ruled under the jurisdiction of many different great powers, such as the Assyrians, Babylonians, Persians and Seleucids, until 64 BCE when it became a province of the Roman Empire, with the capital city of Antioch.  As a result, there was a spread of Christianity in the area until 635 BCE when Muslims conquered Damascus and thus ended the period of Byzantine Syria. In the following centuries, The Countries of Syria fell under the rule of various caliphs, and from 1260 to 1517 was ruled over by the Mamluks. Thereafter the region became part of the Ottoman Empire. It was during this period, in part because of Turkish hegemony, that the idea of Arab nationalism began to emerge in Syria and other Arab regions. Following the collapse of the Ottoman Empire, Great Britain and France obtained the 1920 League of Nations Mandate for the Middle East. The two countries then established a military presence to suppress Arab nationalism, and split Greater Syria up into individual states with arbitrarily established borders. France was awarded the core of what is now modern Syria, and in the process what were originally Syrian territories in Lebanon, Palestine and Turkey where relinquished. These disputed boundaries still hold potential for conflict, such as the consolation of the Iskenderun region to Turkey, or the annexation of Syrian districts in Lebanon.

In April 1946, the Syrian government finally succeeded after many years of negotiations in achieving complete independence from the French mandatory power. The first years of trying to build a functioning state were accompanied by difficulties, when the state suffered defeats in the Arab-Israeli war of 1948 in addition to an immense loss of credibility. As a result, in 1949 three military coups were conducted against the civil state, and from 1951 the Syrian state was ruled over by a military dictatorship. This regime was overthrown in 1954, and followed by a short, democratically oriented reign with free elections and a multiparty system. In particular, the Ba’ath Party, which was founded in 1947, gained increasing influence. The left-wing party supports the idea of ​​an assembly of all Arab countries into a single secular nation, and consisted at first mainly of students and religious minority groups.

With the full merger of Egypt and Syria to the “United Arab Republic” in 1958, the Ba’ath Party’s vision began to take shape. However, this state-union only existed until a coup by Syrian officers in 1951, as Syria had considered itself patronized by the Egyptian government.

Starting in 1963, after a two-year transitional government, a new military leadership was put into place. Followers of the Ba’th Party prevailed within the military at this time. This is why 1963 is considered the beginning of the Ba’th Party’s rule in Syria, which continues to this day. Over the following years there were intra-party power struggles, on the one hand between different ideological orientations, and on the other between the civilian and the military sides of the party. After losing the war against Israel in June 1967, the conflict intensified rapidly, which Hafez al-Assad, the sole de facto leader of the military, abused for his own purposes. On 16 November 1970 Assad finally eradicated the party leadership and took power.

From this “correction movement,” an authoritarian regime that is in appearance a presidential republic formed under Hafez al-Assad. During the first period after he took power, Assad sought to consolidate his rule in Syria. For example, he appointed a Parliament in 1971 and by popular vote was elected president. He developed strong institutions, which he placed under the control of a small elite. By allocating central supervisory positions in business, politics and the public to friends and confidants, Assad set up a clientele network, which remains an important factor in maintaining his power.

As Syrian President Hafez al-Assad was the supreme commander of the armed forces and head of the executive as well as the Secretary General of the Ba’ath party, he was thus in charge of three basic areas of the Syrian state: the state bureaucracy, the security apparatus and the party. Consequently, parliament became more of a consultative body and is responsible for decisions on the local level. The Ba’th Party is officially still part of the party alliance of the “National Progressive Front”. Other parties and opposition party members are banned from elections, and within the National Progressive Front itself the number of seats and their distribution is more or less predetermined. This is why elections cannot be considered free.

The most important instrument of power was, and remains, the security forces. This complex system is used as a threat towards countries such as Israel, but above all, it is used to control domestic affairs, and through the secret service is used as a way to promote fear and obedience. At the same time, the security forces posses economic power because the military owns a number of factories and businesses, which are openly and repeatedly under allegations of corruption and illegal business transactions. The security forces and the President who heads them have, at least theoretically, an interdependent relationship.

Hafiz al-Assad’s foreign policy sought an opening-up towards the west and the conservative Arab states and maintained this policy despite the October War of 1970. As part of this, the Golan Heights became occupied by Israel in 1981, and remain annexed to the present. Cooperation with Western countries led to their support of Syria’s military activity in Lebanon in 1976, which were to preserve Syrian interests in Lebanon’s civil war, and ended only in 2005 due to international pressure.

Externally, Syria gained more and more the status of a regional power, whereas in the interior, opposition increased, which denounced the legal uncertainty and increasing poverty of the general population. In particular, the Islamic opposition, such as the Muslim Brotherhood, was active against the Syrian regime. This culminated in the 1982 massacre in the Syrian city of Hama. Somewhere between 10,000 and 40,000 people were killed. The estimates vary greatly, because the Syrian regime wanted to keep information about the massacre as secret as possible. Many left-wing opponents and intellectuals were also arrested. Consequently, the opposition has remained for the most part broken since the 1980s and the security forces became more restrictive against the general population.

In June 2000, Bashar al-Assad took over after the death of his father as president and thus political ruler. Since the takeover had been organized in advance, he could count on the support of his father’s key allies. At the time of the transfer of power, there was the hope within the general population for political reforms and more freedom, which did come about for a short period. However, as public debate on corruption and related issues increased, repressive measures returned. The political system remained under Bashar al-Assad unchanged, but less power was granted to him than his father, and he was often used as a puppet of the old political elite. Only since 2005 has he been able to secure and expand his position of power through the allocation of important political and military posts to close allies.