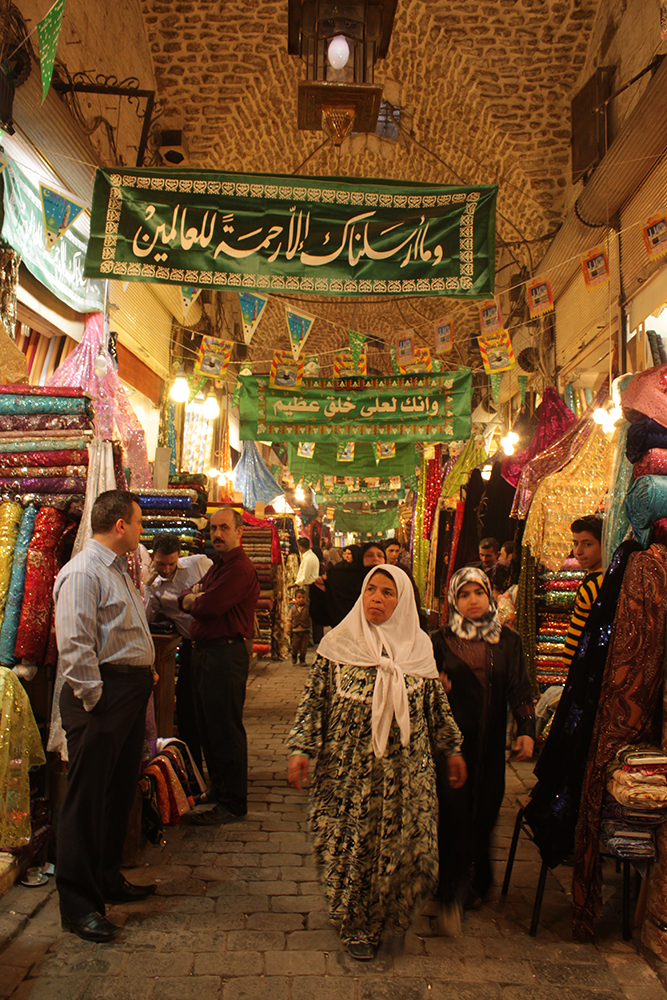 The Syrian population consists of about 88% Muslims and 12% Christians. However, this classification is not as simple as it may sound at first. Syria is characterized by a variety of religious and ethnic groups. The Christian population alone is split up into 11 denominations. The majority of Muslims are Sunni (75%), followed by smaller populations of Shiites (less than 1%), and Ismaili Muslims (1%), Druze (2%) and Alawites (10%).

The revolution in Syria has nothing to do with religion, although at first glance, much lends itself to a religious interpretation of the conflict. In the government, the state security forces and the whole apparatus of power are disproportionately represented by Alawites, and the majority of the protesters and the victims are Sunnis. Unfortunately, the Syrian regime has managed through targeted propaganda to promote hatred and distrust between the different denominations.

We want to take this opportunity to briefly discuss the various religions in Syria.

85% of Muslims worldwide and 90% of the Syrian population are Sunni. Unlike the Shiites, they are followers of the four schools of Islamic law. Since the 9th Century, they have represented the Muslim community and the Prophetic Sunnah (Prophetic tradition).

10 – 15% of Muslims worldwide and 1% of the Syrian population are Shiites.

After the death of the Prophet Muhammad, his believers were at odds on the question of his succession. The Shia see Imam Ali as Muhammad’s successor, and thus as the first Imam. Unlike the Sunnis, the Shiites believe that the Prophet may only be succeeded by a direct male descendant of the Prophet’s family. Different branches are combined under the broader term Shia, the largest of them being the Twelver. According to the doctrine of the Twelver, there were twelve rightful leaders of the Muslim community; the Twelfth Imam did not die, but lives on in the shadows and will one day reappear as the Messiah to make justice prevail and end tyranny.

Alawites are a branch of Shiism, with wider prevalence in Syria (10% of the population) and in southeastern Turkey. This branch was established in the mid-9th century by Muhammad ibn Nussair of the tenth Imam, without consent, professed a divine nature and declared himself to be a prophet. The Alawites are not recognized by most Shiites and Sunnis recognized as Muslims.

There are also noteworthy differences in their religious practices. Alawites do not practice the five daily prayers, do not make the pilgramage to Mecca, have no mosques, and women are allowed to participate unveiled. Many of their religious beliefs–which are probably of Christian-Gnostic origin–are shared with the Druze. The Alawite Baath Party has been in power in Syria since 1966, of which Bashshâr Assad is a member.

Druze is one of the schismatic Shiite religious sects. It is named after the founder of its teachings (early 11th century), Muhammad ibn Ismail al-Darazi.

As with the Shiites, at the center of their doctrine is the doctrine of a divinely appointed Imam: for the Druze, the sixth Imam is the last of the divine leaders. Druze also believe in the return of the last Imam.

Conversion to Drusentum has not been possible since 1043 C.E., so the number of Drusen has remained relatively low and static since, at approximately 200 000 followers.

Druze are not recognized by the Sunni and Shia as Muslims.