↓ Zum zentralen Inhalt
Home › english/">english › On the Way to Syria!

On the Way to Syria! 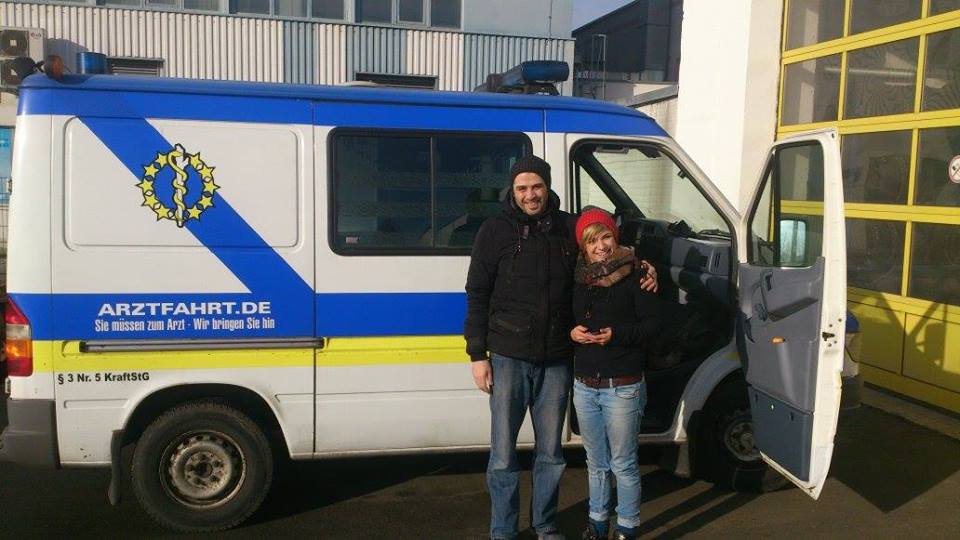 The ambulance arrived in its destination!

Dr. Fadi Alomar: “The ambulance arrived to the required destination. Thanks all those who contributed in this action!”

More information and pictures in short time! Many, many thanks to everybody, who helped making this possible! 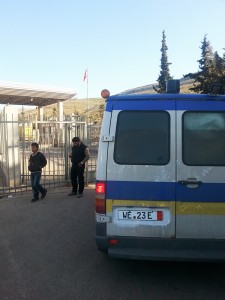 It’s done, the ambulance finally arrived in Hatay! Now there is nothing better than sleeping…

In the meantime some problems occur with the car: While it was easy to enter Turkey with it, it seems almost impossible to get it out of Turkey again. Belived bureaucracy! The donated cloths and medical kits are being packed into the ambulance, so that they can be delivered the fastest way possible to th epeople in need.

Later on the ambulance is brought to the border, crossed the Turkish side and was given our trusted person, who will bring the ambulance and all the donated cloths and the medical equipment we brought with the car and the ambulance to its final destination in Syria.

The ambulance crossed the border and is now on its way to Hatay – a good reason to change this day into a very happy one! 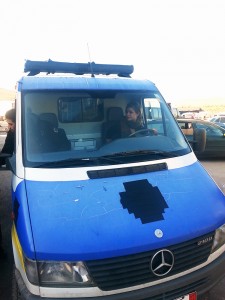 On the other hand somebody hacked one of our Facebook accounts and is now writing threats on our page – so don’t be surprised! We will find a solution and give you further information later on.

How difficult can it be? Very difficult!

Today had two news for us, a good and a bad one. We start with the first: The car with the photographer Thomas Rassloff and the journalist Jenni Roth arrived at the Turkish-Syrian border. Here you can see some photos! Tomorrow the car will cross the border and will be brought to Aleppo, its final destination.

On the other side of Turkey the ambulance still waits in the wings – still on the Bulgarian side of the border. We cross fingers and are very optimistic that the fax will arrive tomorrow in the beloved office – bureaucracy helps making friends. Many, many thanks to all the people who are doing their best in helping us!

Sunday is Sunday is Sunday. The actual state of affairs is that the car has almost reached its first destination, namely the Turkish-Syrian border, while the ambulance is still on the Bulgarian side of the border. How comes?

On the first border crossing people would throw their hands up in despair and groan in direction heaven, because it is just not possible at all to to carry out the import procedure for an ambulance here and now. At the next border checkpoint the reactions were far more relaxed, but still including the same result: only cars could pass here. On the third we are right finally. People feel responsible for us and are very helpful to clear the ground – if they would just get this one missing form from the responsible ministry by fax. Sunday is Sunday is Sunday…

We will continue tomorrow morning!

We arrived in Bulgaria! So there is just one more border between us and Turkey. The same time this will be the most important, as there are rumors that the import would be quite difficult. For this reason we asked for additional papers from back home, which we will receive the next hours. 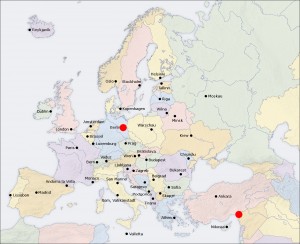 Still thrilling and exciting! More news this evening from the border!

On the road, kilometer after kilometer we get further. There was a bad surprise on the Serbian border: In order to make sure that the ambulance and the car would not be sold in the country, customs insisted that an official representative would join and accompany us to the other side of the country. Of course they also wanted us to pay the travel back for this person, all in all some 280 Euro. But as we prefer to invite our passengers ourselves we kindly objected.

Instead we continue on the rural road in Romania and struggle together with loads of trucks through the Carparthians. Certainly it is very beautiful here, could we just see anything in day light…

Great news – and one not so good… First of all: We are on the way to Syria, right now on the border between Germany and Austria. “We” includes the ambulance with Vanessa and Christian from Action Syria and the car with photographer Thomas Rassloff and the journalist Jenni Roth. Both vehicles are packed with your donated cloths and the medical equipment we could collect the last days – many thanks for that again! So far, so perfect. 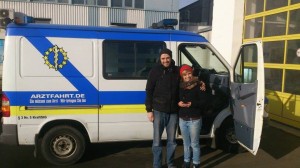 As planned, the ambulance was starting on Wednesday already, because we needed to make some last paper work in Weimar. Everything was working out, no technical nor legal problems. But it became clear, that the small truck needs a bit more time, namely til the beginning of next week, in order to fix some technical problems. We are trying to find the best solution, but nevertheless decided, that the rest could start already – and that is what happened.

Stay tuned! You will find here the latest news!

And here the possibility to donate for the petrol expenses – we are almost there, thanks for your kind help and major support! By the way: you choose the amount of your donation on the form below yourself – we are very happy about every single Euro!