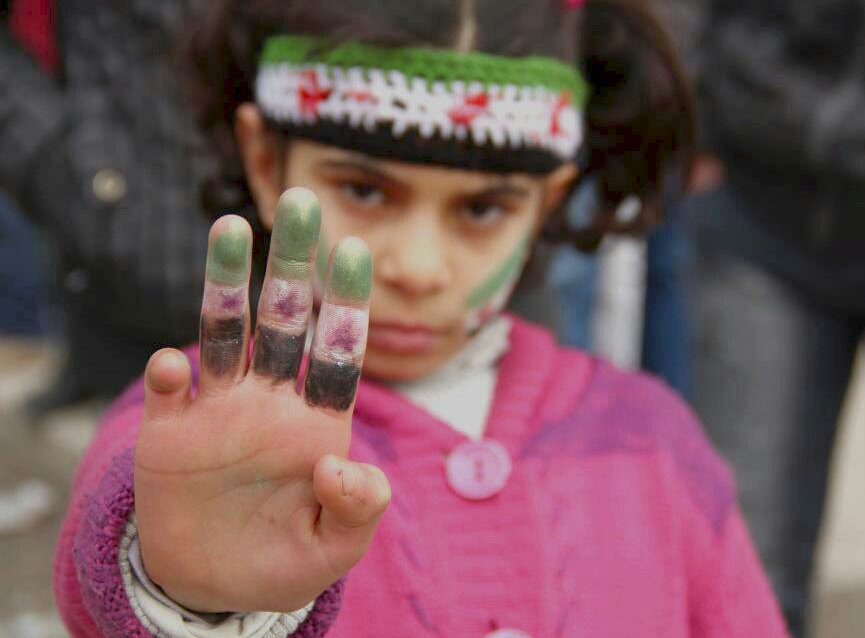 We are very happy to invite you to a special event this Tuesday, September 3rd, in Berlin: “Syria – Stony Paths of Escape” is the title of a public discussion with three people invited who will give their insights of Syria and the struggle encountered by refugees, namely those inside of Syria but also those coming from Syria and arriving in Berlin.

We don’t want to discuss military strategies, if the US and its allies is going to attack or not, about red lines and what Russia and Iran will do next – we want to speak about the people, the Syrians who put their lifes on risk since over two years in asking and fighting for their freedom, in opposing a brutal dictatorship.

We want to ask under which conditions life is still possible in Syria in the moment, what kind of civil networks still are active in the fight for freedom. We also discuss the promises of European countries and what they actually have realised or even plan to realise. What’s behind the refugee policy? How are refugees selected by the European governments, what are the official, what the inofficial reasons? How comes that Western politics seem to trick the Syrian revolution? But we also want to discuss activities and perspectives to oppose this situation of punishing people, who are in fact fighting for “the Western achievement”: freedom.

Firas al Shater, a 27 years old activist from Syria, was forced to leave Syria and at the end happy enough to arrive save in Berlin just some weeks ago. We wrote about him and his experiences in Syria, including torture in a prison, some months ago in an article. Firas will speak about the last two years of the Syrian and his personal struggle, the current situation in Syria and how it is arriving as a political refugee in a country like Germany, a city like Berlin.

With him will discuss on stage Turgay Ulu, activist and participant of the Refugee Protest March in Germany and the Camp on Oranienplatz, Berlin, as is Ghayad Alhasmy, political scientist and member of the non-profit organization “Gemeinsam für ein freies Syrien” in Berlin.

Take your chance and get information from first hand and the opportunity to ask what you always wanted to ask, but haven’t had the possibility yet!