So far and now: further! 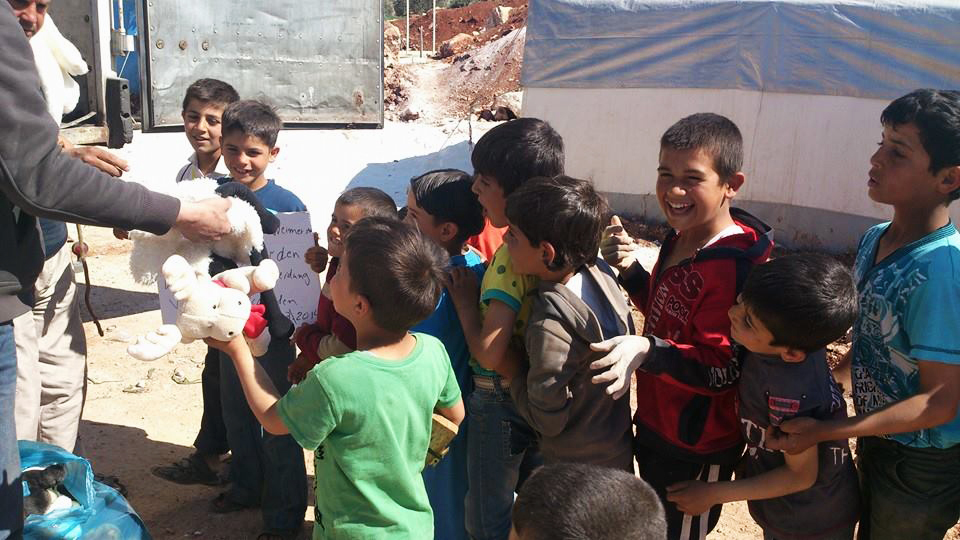 In December 2012 and January 2013 we were able to collect so many donations with your help, that we could bring a car and a bought ambulance, both packed bottom to roof with donated cloths and medical equipment, to the Turkish-Syrian border. Amongst others technical reasons stopped the small truck with more donated cloths, which remained in Weimar a bit longer.

We want to tell you as things are now and set you up for what will happen next. Here we go!

In fact it was planned that a small convoi with three vehicles would find its way via Austria, Hungary, Serbia and Bulgaria to the Turkish-Syrian border. At the wheel were next to Vanessa and Chris also the photographer Thomas Rassloff and the journalist Jenni Roth. Feras wanted to go with the truck.

Get here first hand information from Vanessa and Feras about the transport and the handing over of the donations: (English subtitles coming soon!)

The donated car made it to the Turkish-Syrian border – but unfortunately not further. Even though we had the best arguments there was this strict rule in February 2014 that only ambulances were allowed to enter Syria. Therefore we repacked the load from the car to the ambulance and could bring it safely into Syria and hand it over directly. The car itself was given to a FSA contact in Turkey. Maybe the regulations will be changed soon, enabling the transport into Syria.

The ambulance crossed the Syrian border, including all donations in it. Unfortunately, the contact originally destined for the further transport of the ambulance, was not able to come to the border, as the road from Aleppo was under air attack by Assad’s army and thence much too dangerous. Instead, Feras was able to hand over the ambulance with the medical equipment to an alternative contact, namely the organisation “Nour Al Sham For Relief and Development” and accompanied them to the first safe stopover in Smaraga. In the moment, the ambulance and the medical equipment in it is on its slow, yet safest way to Damascus. We keep fingers crossed that the transport works out and that, after all, we were able to contribute a bit to safe some lives. 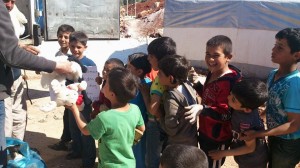 The truck had to pass some repairs before starting its travel. But now, four weeks later, Feras confirmed that the truck with all the donated cloths in it, arrived in Syria. In the course of transit there were many customs checks, but after all it was worth all the trouble! The truck will be used from now on for transporting groceries between the Turkish border and nearby Syrian villages.

So far and now: further!

Winter is over and so is the need of winter clothing. Therefore we will concentrate on medical help for our next delivery to Syria: ambulances or other cars big enough for transporting injured, bandages and surgical material, medical machines such as defibrillators and other equipment such as stretchers are on our wish list.

In order to optimize the transport and delivery the next time, we will make sure to hand over all donations directly to a hospital in Aleppo. Therefore we asked in detail, what is needed the most urgent – you find a list in German here, including a short explanation of the project. You are more than welcome to forward it to people in the medical sector who might be interested in supporting the project and helping Syrians in need.

In order to finance the transport and to buy missing equipment we need your help! What can you do?

Donate here via the online form or on betterplace.org.

Visit one or all of our soli-events! taking place the next weeks! Have fun with us, get informed, drink and eat for a good aim!

Speak with friends and family about our project and most of all about Syria. Show your solidarity in not forgetting the people, who bear all the misery for their struggle for freedom.