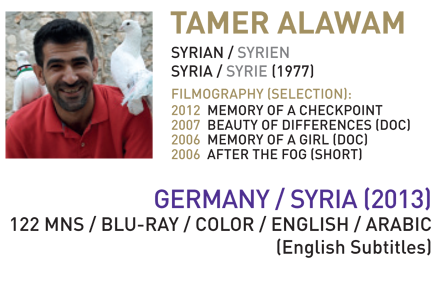 On October 10th 2014 it was officially announced that the documentary “Syria Inside” won the Special Jury Prize in the catagory Documentary on the 14th edition of the Beirut International Film Festival!

Started in the year 2012 by Tamer Alawam the documentary was proceeded in the months after Tamer died in September 2012 and finally finished by Jan Heilig in 2013. Therefore Tamer Alawam is not only part of this movie in his role as director but also as himself, showing what later killed him.

We congratulate all people involved in this project and wish the movie a great audiance and loads of attention!

You can watch the movie here in full length: www.syria-inside.com. A 50 minutes preview is available her for you: